In fact, I was the skinny uncoordinated kid who got picked on in gym class. One of my few accomplishments in that dreaded period of the school day was during the wrestling unit in junior high. Despite my never winning a match on points, I was also never pinned, because, as the jocks explained to each other: “He’s too wiggly.”

I took athletic pride where I could get it.

I find myself putting over 3000 miles a year on my bicycle for transportation. I do this primarily for the environment, not the athleticism, although I do appreciate the nice side effect of improved fitness. My arms are still skinny, but no doubt my cardio is in better shape, and “bicycle thighs” are a thing. I’ve tried mountain biking. Honestly, it’s too much work for my taste. 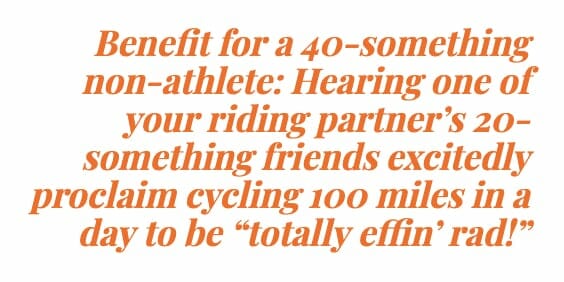 But on a paved road, I can ride all day long, if I pace myself.

I usually get in some longer rides in the summer months, up to 60 miles once or twice a year. I rode 100 miles in a day once, characteristically still “for transportation,” from Portland to Maine’s Common Ground Country Fair with my biking friend Michelle. (Benefit for a 40-something non-athlete: Hearing one of your riding partner’s 20-something friends excitedly proclaim cycling 100 miles in a day to be “totally effin’ rad!”) And self-supported touring has always held an appeal, although I’ve found it hard to get started, being out of practice at camping and such, and short of disposable time and income.

After my 30th high school reunion five years ago, I got to thinking about getting older, as one does, and how bicycling is a physical activity that can still be done well into one’s advanced years. Out of this, an idea was born: I could bicycle to my next reunion!

I posted the idea on my class’ Facebook group, figuring that if I put it out there publicly, there’d be less chance I’d wimp out when the time came.

Guess what? It worked. 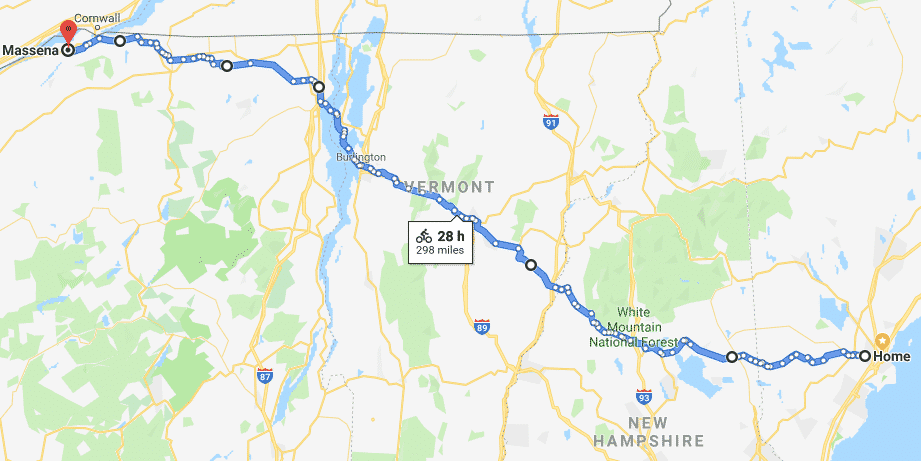 I’m doing it! This month!

I was born and raised in the small town of Massena, NY, on the shores of the St. Lawrence River at the extreme top of New York State. I now live near Portland, Maine. It’s roughly 300 miles, which divides nicely into a 5-day trip of about 60 miles each. I talked about this to a friend at church, Cheryl, who also happens to be a cyclist, hoping to get some advice about getting through the White Mountains of New Hampshire. She responded by asking if I’d like a riding partner. Of course I said, “Sure!”

We’re leaving Portland on Sunday, July 14th, and planning to arrive in Massena on the afternoon of Friday, July 19th, leaving an extra day in the middle for contingencies. Cheryl’s wife will travel to Massena in their car that weekend, and give us and our bikes a car ride home at the end. (Yes, we’re cheating on the return trip.)

About now you may be thinking, “This is all very nice, John, but what does your ‘skinny kid comeback ride’ have to do with savvy cycling?”

When I started biking for transportation 17 years ago, I didn’t really know what I was doing, beyond having a vague sense of needing to obey the same laws as car drivers. I didn’t have much of an idea regarding my rights on the road, or even where to look that up. I had so many questions!

Will motorists get mad at me if I’m too far left?

How far is too far?

Will they hit me?

What was I “supposed” to do at intersections?

Online discussion forums were sometimes helpful, and I discovered the section of Maine statute pertaining to bicycles. I rode with some other people occasionally. I got involved with the Bicycle Coalition of Maine, and I took classes, most recently from CyclingSavvy.

Fear of traffic is probably the biggest challenge most bicyclists have when they start riding on roads. I remember one friend expressing disbelief that I could bike on the 4-lane arterial that goes through my current town, and hearing other cyclists talking about the big scary suburban roads out by the mall, near my office.

It was a little scary at first. Yet today, not only am I not scared of those multilane roads, sometimes I welcome them, because they are really easier to use in a lot of ways. 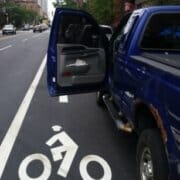 Urban riding is well covered by CyclingSavvy’s teaching about intersection conflicts and hazardous situations like door zones and turning trucks, while rural riding benefits from CyclingSavvy’s “control and release” technique, especially when lane control is the default, with release when appropriate.

Urban, suburban, rural… we got it all covered! What else is there? Riding on interstate highways is prohibited everywhere that I know of in New England, although I know it’s allowed in some western states. So we won’t be doing that. 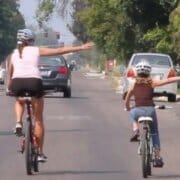 Thanks to CyclingSavvy, I’m pretty confident in my ability to handle any road that I might encounter in 300 miles between here and my hometown, even roads I’ve never laid eyes on before. Once you know the general principles, they are universally applicable.

I’ve never been athletic, but safety in traffic is not about being athletic. “Strong and fast” is a myth! It’s about knowledge, awareness, strategy, communication, and some basic easy-to-learn techniques.

Preparing for the big ride

Helmets are required for our classes due to insurance. I wear mine most of the time, although sometimes I forego it for short utility trips on hot days (don’t tell my mom!). But for a long trip over unfamiliar roads, I certainly will wear it, as I figure that the unfamiliarity and exposure will elevate the risk slightly.

I used a mirror for many years when I started bike commuting, but gradually became tired of replacing handlebar mirrors that broke when the bike fell over, or eyeglass-mounted ones when I lost them because they were so small. They started seeming less necessary after I got good at looking behind me without swerving, so I haven’t bothered with one for a few years now.

However, again in the name of preparedness, I was just contemplating going back to using a mirror for this trip, when CyclingSavvy Instructor Brian Watson published his Mirror Manifesto and offered to send a free mirror to anyone making a donation to CyclingSavvy! How could I refuse? Thanks again, Brian!

Lights are of course legally required after dark. Although our riding time on the trip should be all in daylight, it’s best to be prepared. It’s also  a good idea to use lights if it rains. And once we get there, I’ll be riding back to my Mom’s house after the evening reunion activities.

…and Something I’ve Never Used

My final frontier equipment-wise is something I’ve actually never tried before, and that is a so-called “clipless” pedal binding system. Being a utility cyclist making mostly short trips on urban and suburban roads, and liking to keep things simple and cheap, I’ve steadfastly stuck with my basic flat pedals all these years. I don’t even care for toe clips and straps. I know all about the increased efficiency, but I also have a stubborn streak. The times that people have tried to argue me into using “clipless” have actually only increased my resistance.

But now, I understand that I will be going up (literally) against the immovable force called mountains. So I intend to finally relent and give it a try. Remember, I’m not athletic. I’ll need all the help I can get!

Another inspiration for this trip is to leverage it into something that will help my hometown, which is struggling, like so many small rural towns. Therefore, this ride is a fundraiser for Boys & Girls Club of Massena, so that my classmates (and others) can contribute to the lives of kids currently coming up.

If you care to contribute, that would be great! However, this being the Savvy Cyclist blog, and my being a CyclingSavvy instructor, I hasten to add that CyclingSavvy’s parent organization, the American Bicycling Education Association, is also a worthy non-profit.

So if you want to donate, I’d recommend deciding on the total amount you can afford to give, then give half to the Boys & Girls Club, and the other half to the ABEA. Deal?

Thank you, CyclingSavvy, for giving this skinny kid the confidence to undertake this meaningful personal journey! 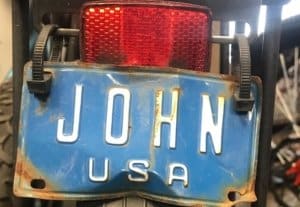 One final important piece of optional equipment, found in my mom’s attic!

Courses
How Did “Street Smarts” Thrive and Grow For More Than 30 Years?