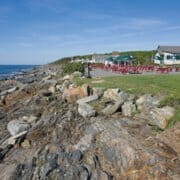 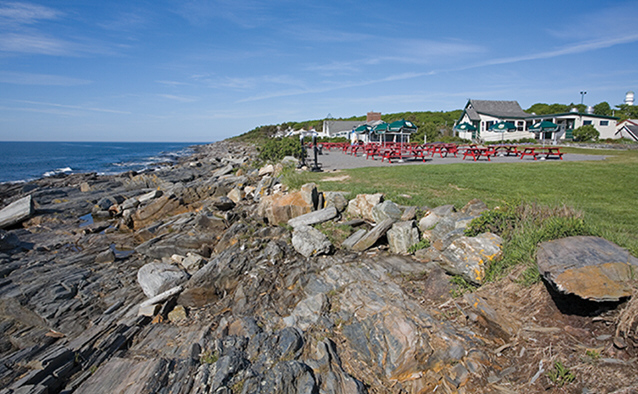 Hidden away on a rocky point off the coast of Maine and close to two lighthouses is a small but popular seafood place that calls itself “The Lobster Shack.” It’s a few miles off the nearest numbered state route and there’s no sign advertising its presence, yet locals and tourists alike know of it. In high summer season, the line on any given day snakes out the door. Ample outdoor seating makes up for limited indoor space. 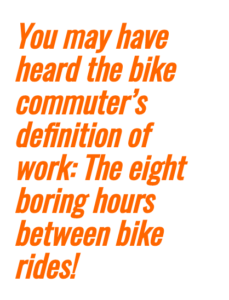 My wife and I enjoy initiating our visitors into this experience. Since our summer visitors are on vacation, this usually occurs on a weekday. We schedule the meal for early evening, and I get to enjoy a scenic 10-mile ride from my office to the restaurant to meet everyone else there. As I slog through my workday, I look forward to this. You may have heard the bike commuter’s definition of work: The eight boring hours between bike rides!

The restaurant is at the end of a scenic road. Its last two miles consist of two narrow lanes with no shoulder, a number of blind curves and hill crests, and a posted speed of 25 MPH. It’s pleasant enough for the scenery, but would be seen by some cyclists as challenging in its geometry. For a cyclist hugging the white edge line, it could be downright dangerous if a motorist approached from behind and tried to pass at the wrong time.

By the time I started using this road, I had already learned a little about controlling my space. In particular, the CyclingSavvy technique of “control and release” on two-lane roads has been particularly helpful. Without getting into too much detail, the technique is basically a way to communicate to a motorist behind you when it’s unsafe to pass, and then “releasing” the motorist when it’s safe to do so. Communication can be either with lane position, or lane position accompanied by a “Stay Back” gesture for control, followed by a “Thank You” gesture on release. I use this frequently in my daily travels. 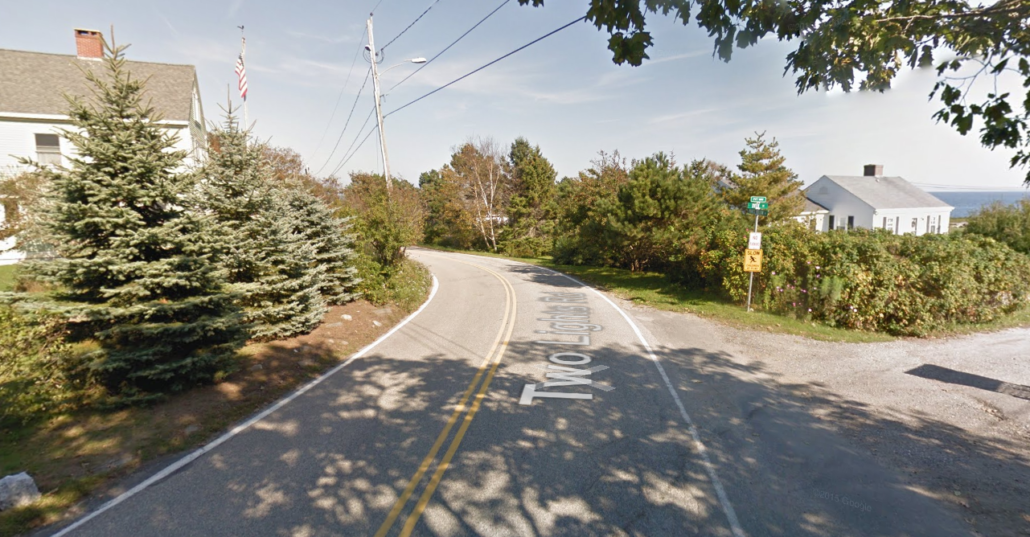 One sunny day I was on my way to The Lobster Shack to meet family and friends–by bike, of course! A nice late-model white sedan had the misfortune to come up behind me just as we entered this particularly winding stretch of road. Looking back with a shoulder check, I noted Massachusetts plates.

Maine and Massachusetts have the typical rivalry found between many adjacent states, maybe even exacerbated by the fact that Maine was part of Massachusetts until it split off in 1820, as a free-state party to the Missouri Compromise. Massachusetts drivers have quite a reputation–well, everywhere really, but particularly in Maine. We have a name for them which I won’t write, but it’s a two-syllable word starting with “mass.” So great, here comes the harassment, right?

Actually, no. The driver slowed behind me as I controlled the lane approaching an initial blind curve. After we got through that, another curve or hill crest created another blind spot, or maybe an oncoming motorist was present. I don’t remember the exact sequence now, but I do remember it took some time to get to a safe passing opportunity. At one point, it seemed like there might be an opportunity and the driver started pulling out to pass, but I spied an oncoming car. I had to use a strong “Stay Back” signal to make sure the driver pulled back behind me, which he immediately and decisively did. Eventually, we found a safe passing place.  I moved over and gave him a friendly wave, and he was on his way. 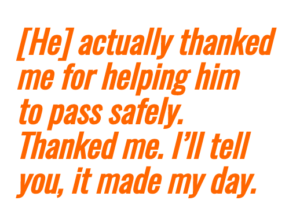 Upon my arrival, I found that the rest of my party was not there yet, so I locked up and sat on the steps leading up to the seating area to wait. After a few minutes, the same white sedan pulled in, apparently having gone first a short distance beyond to a pebbly beach before coming back to the Shack. A young couple got out. Seeing me sitting near my bike, they engaged me in a short conversation. All I remember now is that the guy actually thanked me for helping him to pass safely. Thanked me. I’ll tell you, it made my day.

It would be nice if all motorists we encountered were as understanding as this person. They aren’t, yet! But communication with other drivers almost always defuses a potentially frustrating situation.

I think that some things that most annoy motorists include feeling that the cyclist is ignoring them, being oblivious, or just doesn’t know what he or she is doing. Communication demonstrates the opposite. When you look over your shoulder or use hand signals to communicate with the driver behind you, you show that you know they’re there and that you’re acting intentionally.

In fact, if you find that you must hold a motorist behind you with a “Stay Back” hand signal, you then often have to actively “release” them by waving them around when it’s safe to do so. (Not always recommended, but sometimes you want to make sure they go around you while they have the chance.) It’s like they’ve decided that you know what you’re doing, so now you’re in charge and they’re awaiting your okay to proceed.

Unfortunately, there may always be yahoos, but I encounter far fewer of them since I’ve begun using control and release. Savvy cycling techniques have made my bike trips much more pleasant, be they for transportation, recreation, or a bit of each as I pedal along the beautiful Maine coast on my way to eat seafood!

If you’re ever on summer vacation in the Portland area, be sure to look me up and we’ll ride there together!

Help Us Grow!
Ride Big And Carry A Great Bag