Has this ever happened to you: 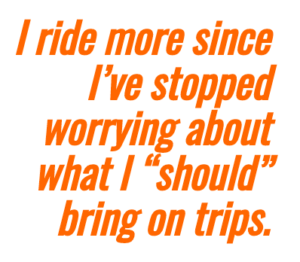 The joy has left you. It’s too much work. You hop in your car instead.

I know this routine because it’s happened to me. A LOT. Just thinking about preparing to leave for a ride was exhausting.

Well! No pun intended, but I decided to break this cycle. From now on, I’d have a more “just do it” approach.

I decided to test my new resolve with a weekend trip to Kansas City. I was driving there and would take my bike on my car, but leave the car in a free lot and get around town on my beloved Frenchman “Pierre,” a vintage 1973 Peugeot Mixte.

Riding Pierre would make my trip more economical, and let me enjoy KC in the best way possible. 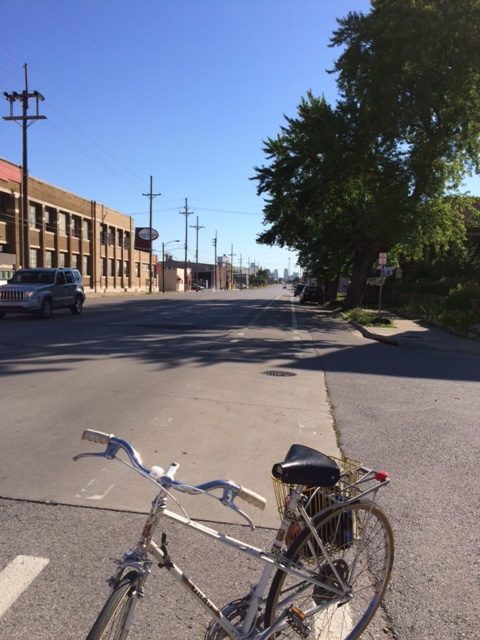 Pierre in Kansas City, prior to his meltdown

Before I left home, I ensured Pierre’s tires were aired up. I took only a basket, lock, lights and helmet. Nothing else! I bike in regular clothes. Travel light, that’s my goal.

Prior to my trip, I asked my Airbnb hosts if there were bike racks in front of building. They couldn’t remember, but said I could bring my bike up to my loft. While I would have use of an elevator, this made me even more determined to travel light.

Biking around KC was easy. I stopped any time I wanted to enjoy views I would have easily missed in a car.

On my last day I wanted to visit a highly recommended vegan bake shop. It was a little far but I didn’t care. The weather was perfect. I’d be able to bike off calories after I devoured pastries.

With very little traffic, I felt like I had the roads to myself. I was just enjoying my time when the unexpected happened: A bolt on the pedal crank broke! Suddenly Pierre was unrideable.

I was stuck on the side of the road in a town where I knew no one. I was too far from my Airbnb to walk the bike back. My first thought was to chastise myself: “I should have packed my tools and extra bolts!”

Yeah, right. Even if I had tools, would I have been able to fix Pierre? What to do?

I remembered someone telling me that I could Uber a car that can carry a bike. Uber! I’ll Uber! I got my phone and ordered a car to come get me. I locked up Pierre to get him later. I didn’t need to order a special vehicle though it was available. In less than five minutes, my Uber driver arrived. Twenty-five minutes later I was in my car, picking up Pierre. 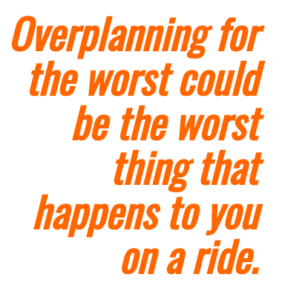 Not once did I regret not packing “everything” in the event something happened. This was a small hiccup in a fun weekend ride.

Over-planning for the worst could be the worst thing that happens to you on a ride. I ride more since I’ve stopped worrying about what I “should” bring on trips. I don’t even worry about what I wear. You’ll often see me in flip flops and a skirt. This has been a life changer!

There are a few things I always bring: A fully charged cell phone, bike lights and a helmet. But everything is really not necessary. Most things I can get at my destination & leave there, or arrange to get later.

“Anything is fixable except death,” my mom says. So true! These days, anything is a cell phone call away. 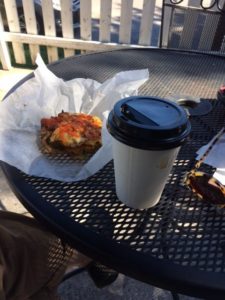 OH! I made it to that vegan bake shop, with Pierre. He was resting comfortably on the bike rack ready to get back home. He has since recovered from his injuries and is back on the road.