Cyclists hit by turning trucks is a repeating news story which highlights the most serious deficiency in our system — education of cyclists. Sometimes these crashes are caused by the truck driver passing a cyclist prior to turning right, but they are also caused by the cyclist passing the truck on the right. In both cases, the cyclist has the power to avoid the crash.

Here’s how YOU can keep this from happening to you:

Trucks make wide turns. They cannot physically make a right turn from the right curb, so they will often leave a large, inviting opening on their right prior to a turn. They will also move straight into the intersection before starting to turn. When a truck turns right across your path, it is almost impossible to escape its rear wheels. So don’t get caught in a spot where this can happen! Be aware of what kind of situation can lead to a potential crash and avoid it.

Explore the interactive graphic below to learn more about trucks.

Save a Life. Spread the Word.

Share this page, or the video above. Or download and print the poster below. Hang it wherever you think cyclists might see it! One piece of information can save someone’s life at a critical time and place. 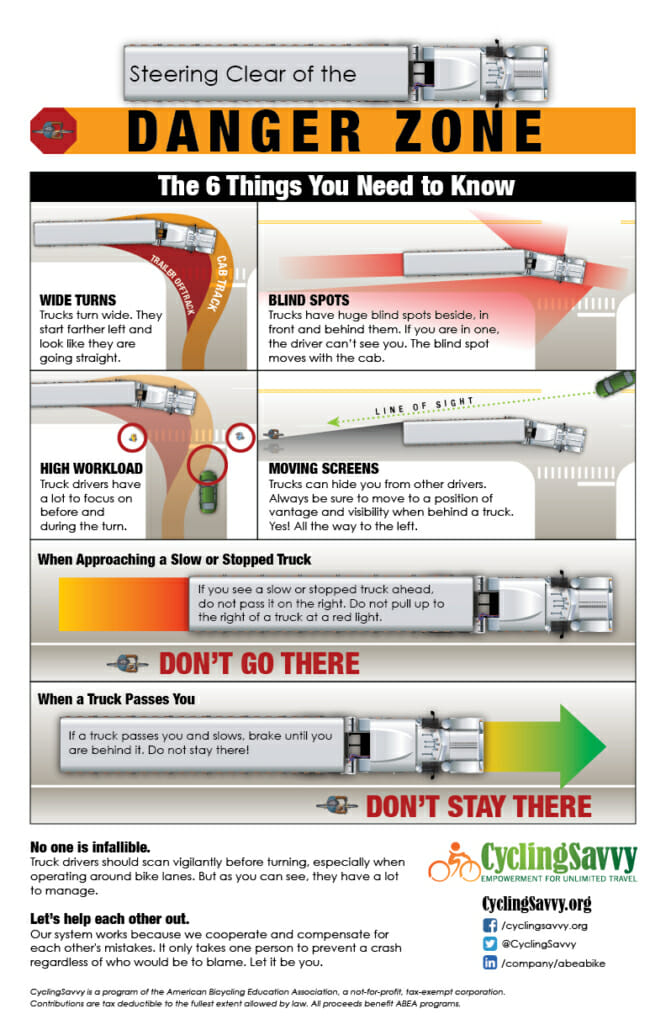