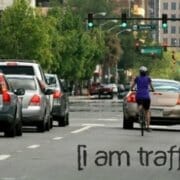 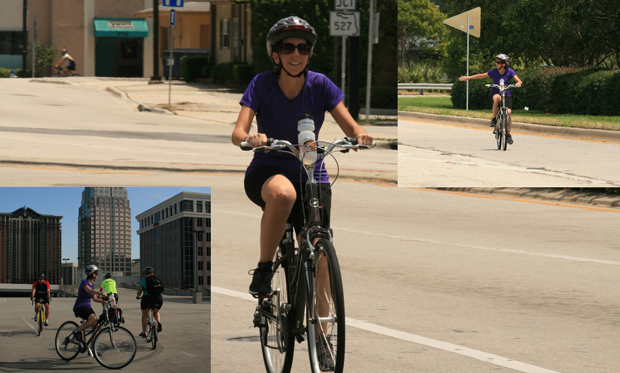 Let’s face it: I’ve never been what you would call an athlete. Growing up, I lived what every clumsy kid fears most in PE class—being picked last for team activities. Every. Single. Time. It’s the kind of constant negative reinforcement that becomes a lifelong, self-fulfilling prophecy for an impressionable young girl. And so I have lived for lo these 41 years as a bona fide couch potato. Or at least I did, until my friend John Alexander started posting about his cycling efforts on Facebook.

John has his own story to tell about why he cycles, but suffice it to say that I found his efforts inspirational. I thought to myself, “If he can do it, so can I.” I knew I needed to improve my fitness and drop a few pounds, so in September 2011, I bought a bike. I rode it exactly once, and then I did what any self-respecting couch potato would do. I let it sit in the garage, untouched.

Fast forward to January 2012, when I made a serious New Year’s resolution to get fit. I set a goal for myself to pedal 1,000 miles in a year and started riding in earnest, every weekend. My friend John has been a great cheerleader in that effort, and he encouraged me to take a Cycling Savvy class. I resisted at first, with excuses like “I rode a bike as a kid, how hard can it be?” and “I only ride on the trails, why do I need traffic skills?” As time went on, however, and my distances and speeds gradually increased, even I could see that I needed to get off the sidewalk and onto the road to reach the trails. And I started to think that maybe I wanted to hook up with some beginner group rides. Those things meant negotiating with traffic, and for that I needed help.

Enter Cycling Savvy. I finally quit procrastinating and signed up for the 3-part class in April, taught by Keri Caffrey and Mighk Wilson. Imagine my surprise to learn that I had no idea what I didn’t know about cycling safely and legally on the road! The first segment of the program, a Truth and Techniques classroom session, was packed with useful information about courtesy, safety, visibility, and hazards, complete with videos shot by the instructors that demonstrate the impact of various lane positions on cyclist visibility and corresponding motorist behavior.

After that classroom session, I mustered the courage to brave Greenway Blvd in Lake Mary, for about a ¾-mile stretch from my subdivision to the Cross Seminole Trail. The first thing that struck me about that ride was how much faster it was than being on the sidewalk, since I didn’t have to slow down or stop at every cross street or negotiate space on the skinny sidewalk with pedestrians, dogs, squirrels, and oncoming cyclists. The second thing that struck me was that I had the road completely to myself for that entire stretch heading to the trail. Keri and Mighk were exactly right when they said cars travel in platoons. When you’re a motorist, you don’t see that because you are part of the pack. But on a bicycle, it’s easy to take advantage of the fact that traffic light cycles send cars through in waves. Who knew?

I was almost disappointed that day that I didn’t get to take on any cars with my newfound knowledge, but it was a good first experience in building my confidence on the road. And I had the opportunity to really put my skills to the test the following weekend when I completed the Train Your Bike and Tour of Orlando class sessions, which had been postponed due to weather delay. Those on-bike sessions in handling my bike and riding busy streets were empowering. I learned that I’m not an obstacle to traffic on my bike. I AM traffic!

Check me out being at one with traffic on Orange Ave in downtown Orlando. It’s very Zen. (Photo by Keri Caffrey)

When I began riding regularly in January, I never dreamed how much I’d come to love it in four short months. I’ve dropped 21 pounds since I started cycling (4 more than I had planned!). I’m well on my way toward my 1,000-mile goal for this year (428 miles as I write this). I’m in the process of graduating from my trusty hybrid to a more aerodynamic road bike (Orbea Aqua Dama T23—and a shout-out to the very friendly and helpful folks at Outspoken Bikes in Lake Mary). This summer when my family and I spend a week at the beach, we’re planning to tool around Gasparilla Island on rented bikes. And I’m seriously thinking about training for a metric century ride (100 km), or maybe even a full century ride (100 miles); if not this year, then most certainly that will be my cycling goal for 2013. I am currently accepting all recommendations for good novice events and training plans (or even a training partner volunteer).

I was a couch potato, but now I’m a Savvy Cyclist. I’m grateful to John Alexander (a Cycling Savvy graduate himself) for the inspiration and to Keri Caffrey and Mighk Wilson for the superbly-designed and confidence-building instruction. I can’t thank them nearly enough.

Help Us Grow!
Freedom and Vitality on 3 Wheels